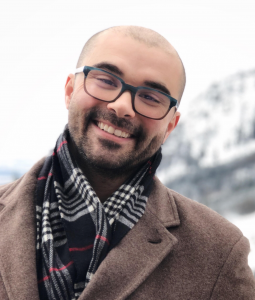 Comparisons of discharges with suppression of ELMs by RMPs to the corresponding unperturbed ELMy discharges indicated that the effective helium confinement time, tau_p*,He, and its ratio with energy confinement time, tau_p*,He/tau_E were both reduced by at least a factor of 2 after application of the RMPs. This reduction in tau_p*,He during RMP ELM suppression was observed in the plasma core, edge, and pumping plenum, Fig 1., where higher neutral helium concentration during RMPs was also measured. These findings provide evidence that future devices employing RMP ELM suppression may meet or even exceed the helium exhaust provided by the ELMs themselves, reducing helium ash, and maintaining high fusion gain.

These findings support enhanced He exhaust as an additional, critically important feature of the RMP ELM control scheme planned for use at ITER. The observed increase in He retention in the plasma periphery during RMP application is an essential precondition for enhanced removal by the pump. The expected corresponding reductions in tau_p*,He, were also observed during this time. While reduced tau_p*,He during RMPs would be important on its own, regardless of its impact on tau_E, it is particularly promising that the results obtained in this work also included reductions in tau_p*,He/tau_E, indicating stronger reductions in helium confinement versus that of energy. Thus the view that RMPs suppress ELMs and protect plasma-facing surfaces at the expense of a drop in energy confinement may be excessively pessimistic, in that it disregards the fuller context, where D-T fusion’s byproduct is considered. Accounting for an improvement in tau_p*,He/tau_E such as that shown here could in fact render those plasmas more promising candidates for realizing fusion.