Full 3-D modeling of plasma edge transport and the interaction with the neutral particles around this edge plasma revealed the impact of localized neutral sources on the plasma flow pattern. PhD Student Ian Waters carried out a series of simulations using the EMC3-EIRENE code to investigate unique Scrape-Off-Layer flow structures that were measured at the MAST tokamak. The simulation (b) was in good qualitative agreement with the measured flows (a) as shown in the figure below (lefts side, the measured flow and right side the modeled counter part). 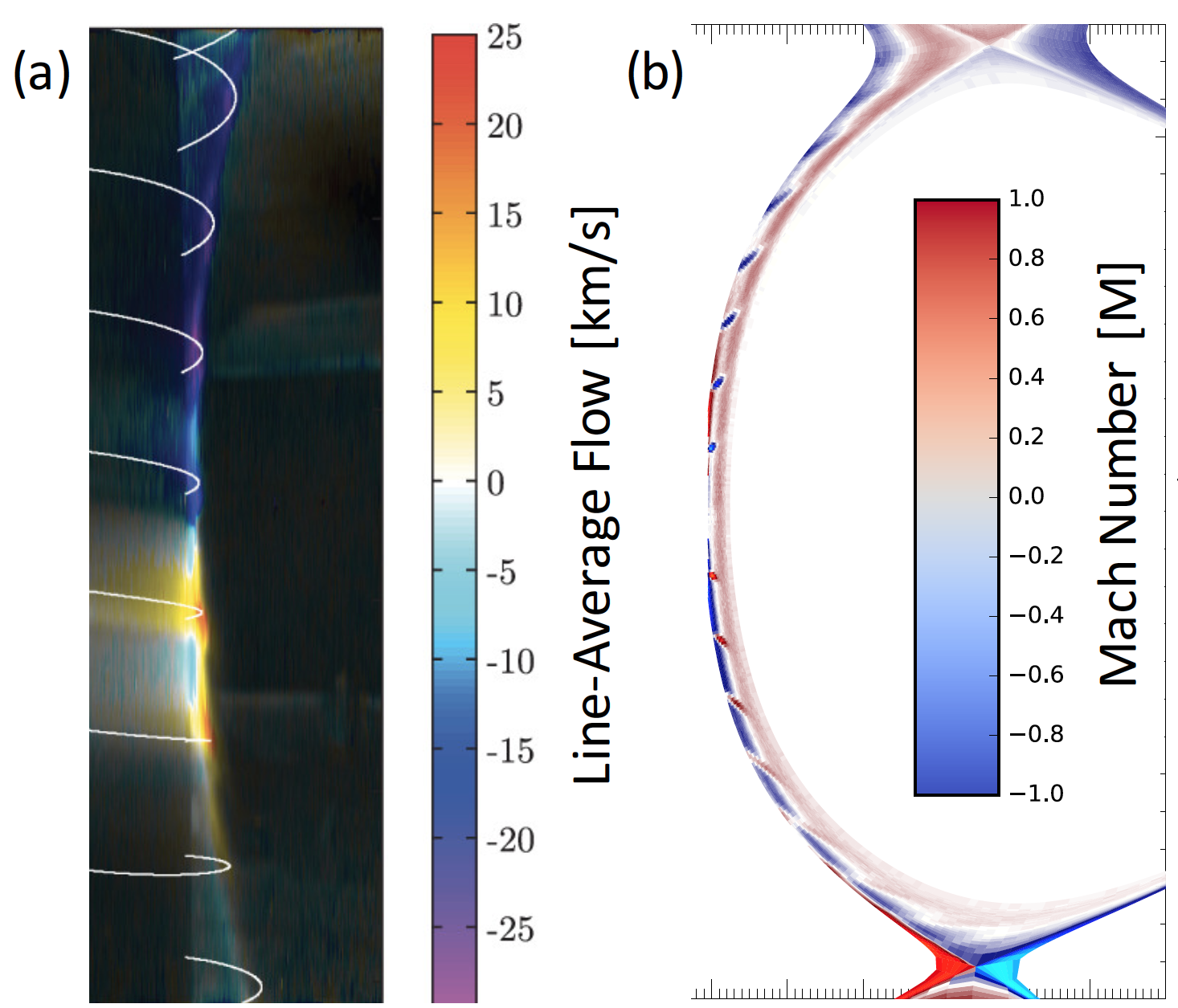 Detailed analysis of the EMC3-EIRENE results and development of a 1-D model along the magnetic field lines enabled to identify the key physics driving this phenomenon. The localized neutral fueling builds up a significant static pressure which pushes agains the plasma pressure driving a significant parallel plasma flow along the field line. These first time results provide insight into the fueling and exhaust features at the transition between confined plasma and the exhaust channel, called the scrape-off layer. This radial domain marks a bifurcation point for the radial and parallel particle flux balance and the role of parallel particle flows for into the divertor of the device is a key element of the plasma fueling and exhaust characteristics in a magnetically confined fusion device. This work was presented at the 2017 Sherwood Fusion Theory Conference in Annapolis, MD and the 2017 European Physical Society Conference on Plasma Physics in Belfast, UK.

This project is funded by the Department of Energy under grant DE-SC0012315.