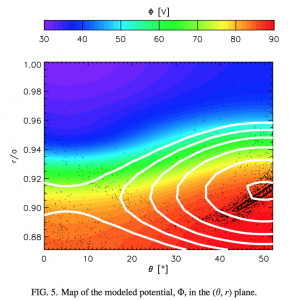 One paper deals with the helical modulation of the electrostatic potential around edge magnetic islands in tokamaks and the similarity to ion and electron root transport in stellarators. This paper is the result of a collaborative study with Drs. G. Spizzo and G. Ciaccio from the Reversed Field Pinch experiment RFX in Padua, Italy and uses a Hamiltonian drift orbit code ORBIT developed by R. White from Princeton Plasma Physics Laboratory. This work was funded in part under the Early Career Award from the Department of Energy grant DE-SC0013911. 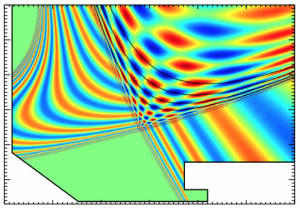 a detailed study of the interaction with fractal stochastic field structures due to perturbed fixed points in tokamak plasmas and the occurrence of counter streaming 3-D flow pattern. This paper is based on plasma configurations as obtained at the DIII-D U.S. National Fusion facility in San Diego, CA. This work was funded in part under the Early Career Award from the Department of Energy grant DE-SC0013911.